People like me are genuinely grateful to Web Series heroes like TVF, Filtercopy et al who gifted us with “ek se badkar ek” Web series. Frankly speaking, GOT is getting bit monotonous and I am not sure if I am the only one who feels West World is bit over hyped. While I am a bit lost which Hollywood series to watch next, super classy Indian Web series are killing these days and making our lives easier. I have listed down my favorite seven Web series which I never get bored watching again and again. All of them are superbly directed, have realistic, brilliant and fresh content and boast of extremely talented actors.

Humorously yours is latest addition to my hottest list of Indian Web series. Ranjit Walia just blew me away with brilliant acting and realistic story of a struggling comedian. 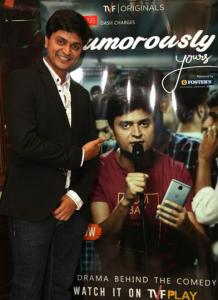 It is like a funny yet serious depiction of “behind the scenes of life of a comedian”. While you end up laughing at many parts in all the episodes, you subconsciously tend to feel “being comic is no joke at all”.

I admit that I have watched “little things” uncountable times. Whenever I run out of good stuff to watch I end up opening it again and still manage to not get bored. Maybe because I can relate to each and every content of little things with my own life to the extent that I end up wondering how they can even come up with such realistic content.

Unlike over dramatic Bollywood movies which depict love stories like a fairy tale, Little things brings on the table a practical depiction of real companionship, true care for your partner with every little thing or every little action you do with a story of two sweet souls who are in love and stay under one roof. Like sending Biryani to your sweetheart when you have a fight. Or fighting over which movie to watch during weekend. So damn true! Mithila Palkar and Dhruv are icing on the cake.

I would never ever dare to go on a road trip with my ever irritating siblings. But after watching this beautiful Road trip series of TVF I am so tempted now.

Tripling is a beautiful story telling through a road trip of three siblings who were never so close to each other but ends up understanding each others’ struggles and fights in their personal life. Again, like all the awesome web series, Tripling is also highly relatable to our day to day life. 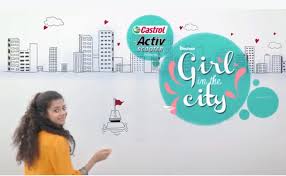 The real hero of this series is the flawless and natural actor, Mithila Palkar. She plays a young small town girl with big dreams in the fashion industry who sets foot in the city of dreams, Mumbai for an internship with a fashion firm. The struggle which she goes through while at the same time enjoying her first time independent life out of her house are very much relatable to the current young generation. Overall it is a feel good series with happy happy ending which will ensure a bright victory smile on your face on behalf of this smart young Meera. 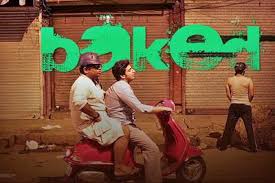 TVF Pitchers is one of the best Web series till date. Starting from script, direction, acting and even the soundtrack everything is too perfect. The script is so realistic that it feels like it is actually penned down by a real time entrepreneur who struggles with his other three friends to establish a start up on their own.

It is serious yet funny and brings to life the entrepreneur in you and motivates to get more ambitious in life. By far I put it on top of the chart.

Permanent Roommates is another realistic presentation of current generation romantic relationship. It beautifully depicts the equality in love and respect for their partner. It is easily one of the most viewed web series which revolves around a young and independent couple who after 3 year long distance relationship starts living in together and plans their marriage. A+ to everything, script, direction, acting, presentation and so on.